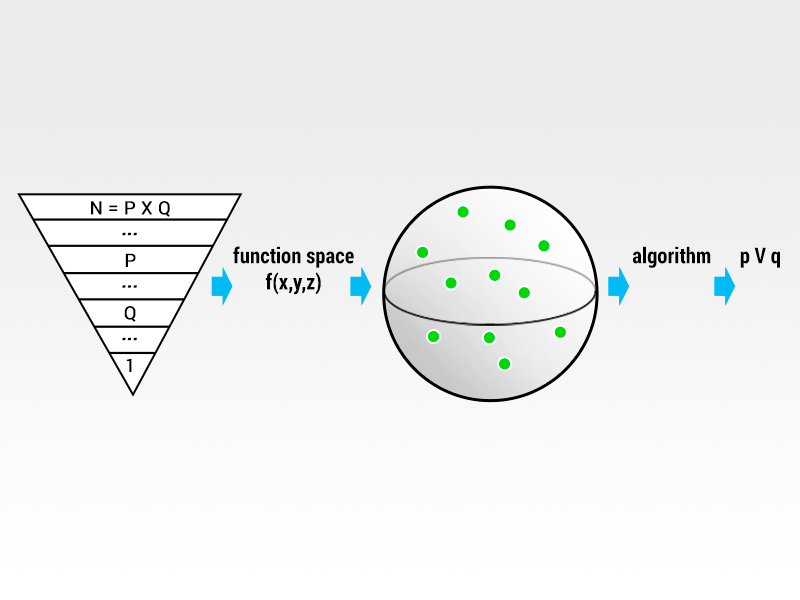 We propose a new view for integer factorization based on a radical design. In the traditional model, the computer experiment consists of physical devices (hardware) which in turn contain programs (software) that run an algorithm equivalent to some mathematical theory.
In the present model, the mathematical theory corresponds to a finite set of basic algorithms distributed among the hardware and all of these constitute the computer experiment itself. All of the currently known factoring algorithms consist of several steps in order to find any non-trivial factor. Such algorithms may run on a single or many machines.
Our method is a single step – the generation of a multiple of any prime factor. Consequently, factoring reduces to searching efficiently for one such multiple. If the given modulus has m decimal digits then m-squared machines are required. The resulting search experiment is a square matrix of m-by-m computers. This method is deterministic and revolves around finding a three-dimensional point (x, y, z) that will lead to a successful factorization.