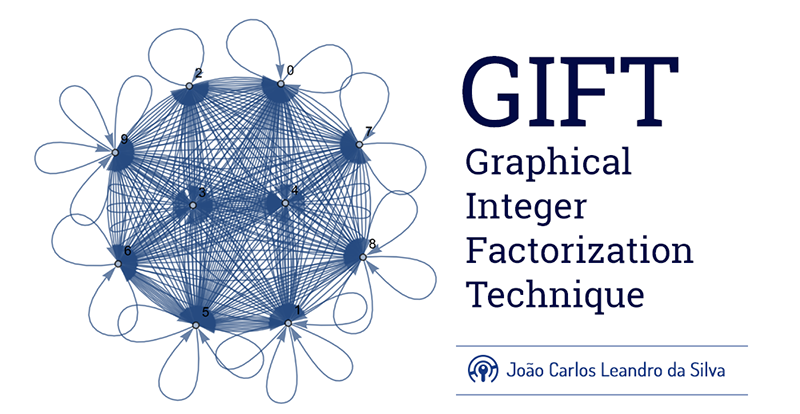 A new method to decompose numbers using a single step – the generation of a multiple of any prime factor.

THE DEFINITION OF A CYBERWEAPON

An attempt to define the word “cyberweapon” in technical terms including a simple algorithm to identify the type and class of any given cyberweapon.

The book was published in December 2009 by Freund Publishing House Ltd. and was reviewed by the Mathematical Association of America (MAA) in 2010 as shown in the link below.

THE RAINBOW OF PRIMES

Unfolding the Mystery of the Prime Numbers

What are prime numbers? How are they related to physics? And why should we care about them? This concise though friendly book contains the answers to the previous questions and many others, explained from a unique point of view. Joao da Silva begins with a brief review of the history of mathematics, which inevitably introduces the well-known primes. He tell us that just as atoms are the basic building blocks of matter in our physical universe, prime numbers are their arithmetical counterpart in the world of mathematics. He then shows that such numbers are everywhere, from the moment we go online to make any sort of electronic transaction and back to the beginning of time itself.

The author analyzes the primes by taking an interdisciplinary approach combined with an original perspective, making it possible to delve deep into the intrinsic properties of these mysterious numbers. Such an unconventional method of scientific research applied to the so-called random distribution of the primes leads to astonishing correlations between these seemingly abstract numbers and various real-life disciplines such as experimental mathematics and computational number theory. Several chapters are dedicated to the implications of such findings, at both theoretical and practical levels. The author concludes with the discovery of his largest personal primes.

João Carlos Leandro da Silva obtained his Bachelor of Science degree in Electrical Engineering from the University of Connecticut (USA) and pursued graduate studies in theoretical physics at the Instituto Superior Técnico in Portugal. The author worked as a professional engineer in several countries and his passion for mathematics led him to present a poster abstract entitled “The distribution of prime numbers hidden within a fractal binary pattern” at the Fractal 2004 conference in Vancouver, Canada. At present, he is a consultant in cryptography.

BUY IT NOW, get your copy. Available only in English

A method and a system to encode and decode digital data into three-dimensional representations.

Presently, I am trying to look for someone (partner or investor) that will help me to create a product and/or service from this new technology. If you are interested, please contact me.